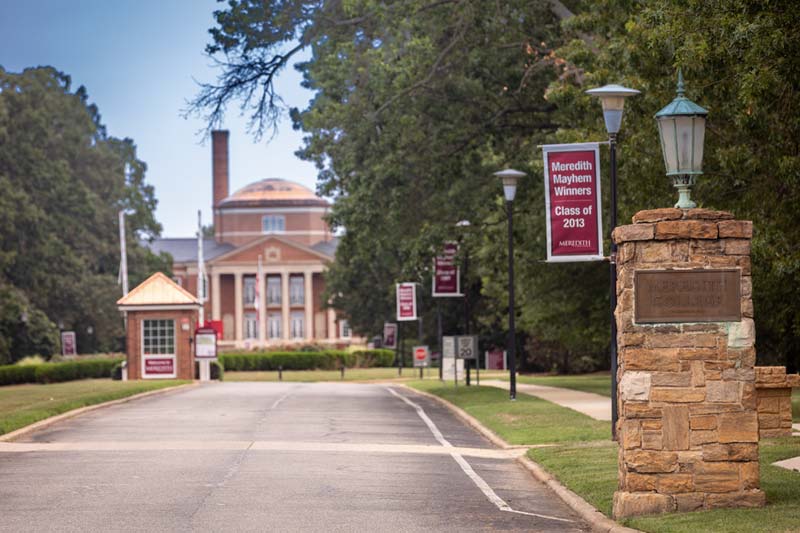 We’ve closed on our 2018-19 fiscal year and announced a new group of Meredith Mayhem winners, but are you still asking “what exactly is Meredith Mayhem”?  Read the article below shared in a recent edition of Campus Connections to learn more!

In 2012, The Meredith Fund started a competition between alumnae classes to raise funds and increase giving participation. The Meredith Fund, which is the annual giving program for Meredith College, encourages alumnae to show their support by giving to any area of campus they wish to designate.

While the competition has changed over the years, it typically begins each May and runs between Alumnae Reunion Weekend and the end of Meredith’s fiscal year on June 30. The classes in each decade compete with each other to see which can have the most donors in their class. The number of donors for each class for the whole fiscal year are tallied on June 30. Each donor is only counted once, so if an alumna made her gift before the competition it is still counted in the class totals. If they haven’t yet made a gift, Meredith Mayhem is a great opportunity to help their class win. Alumnae who have given are encouraged to rally their classmates.

Alumnae love a good competition. Winning classes get bragging rights and banners down Main Campus Drive. You may have noticed the banners recently on campus, which celebrate the winning classes from 2018.

“Over the years, we’ve tried to adjust Meredith Mayhem to be more competitive between the classes. I think having the winners by decade finally achieves that,” said Erin Cleghorn, director of the Meredith Fund. “Having seven classes to celebrate is much more fun.”

For the 2018-19 fiscal year, 5,364 donors made their gifts to the College through The Meredith Fund. This year’s class winners by decade were:

Visit meredith.edu/mayhem to see all the rankings.