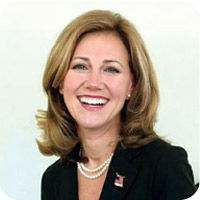 Spitzer, former First Lady of the State of New York, currently serves as managing director at Metropolitan Capital Advisors, positioning and building this woman-controlled firm, as well as generating ideas, particularly in the renewable energy sector.

Spitzer is the founding chair and board member of Children for Children, a not-for-profit creating opportunities for young people from all backgrounds to “grow involved” through volunteering and service learning. Children for Children combined with Points of Light and HandsOn Network in June 2009 to serve as its youth service entity. Spitzer joined the Board of the Points of Light Institute in January 2009. She is also a founding Co-Chair of Project Cicero, the annual New York City book drive building classroom libraries for under-resourced students and served on the 2008 ServiceNation Leadership Council. From 2004-06 she was a member of the New York State Blue Ribbon Commission on Youth Leadership. Spitzer served as chair of the New York State Commission on National and Community Service in 2007-08.

Spitzer earned a Bachelor of Arts in English and history from Meredith College in 1980. She also holds a law degree from Harvard Law School.

Meredith College commencement speakers are chosen based on input from the senior class. The Class of 2012 also helped the College make another decision for this year’s commencement. The senior class has chosen to wear maroon caps and gowns for the 2012 commencement exercises.

For more on commencement, visit http://www.meredith.edu/commencement.